With all the survival games coming out I wanted to kind of hop on and create my own character. So I decide to great a female survivor who would fit somewhere in the DayZ universe(Basically in alternate modern day)

So I set about with some research on gear etc and making a concept to follow.

People thought she was taking a selfie haha, but in the head she was just using it as her navigation……then again if the world has gone to crap don’t think GPS would be working 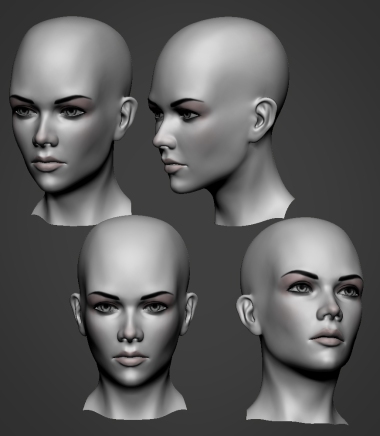 I had to remember, wait it’s suppose to be kind of apocalyptic sooooo shouldn’t really have make up on.

After the head was at a state I was happy with I moved onto making the clothes and accessories. With this one I didn’t have experience with Marvelous Designer so I had to just sculpt everything and just use A LOT of reference. 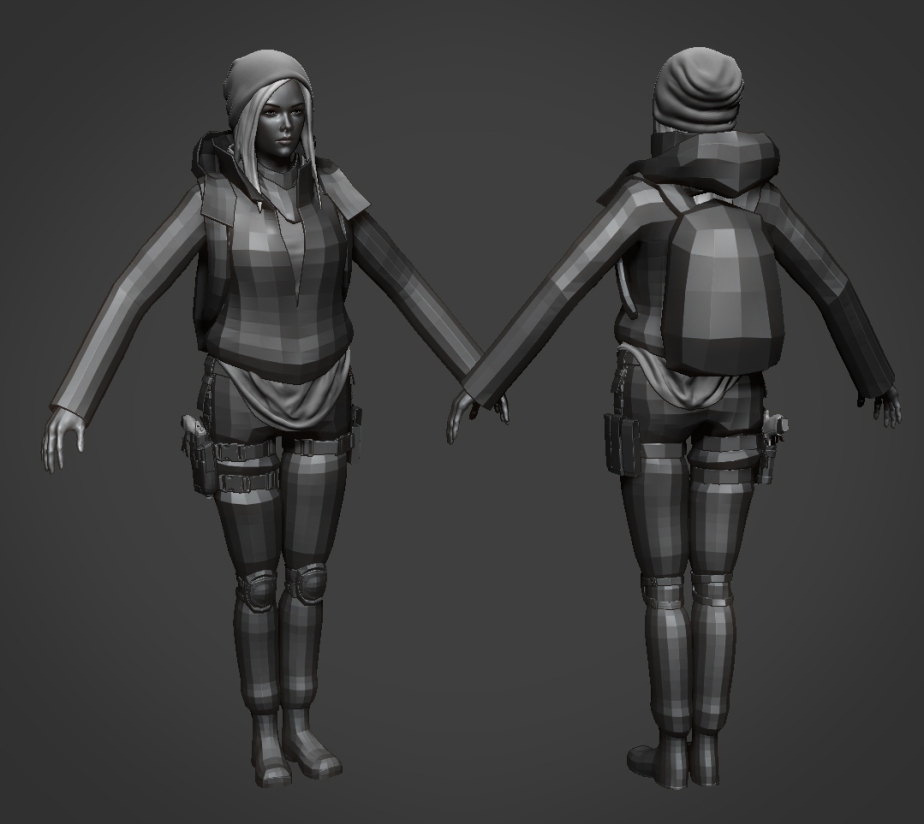 The hardest part was definitely the jacket and I knew there would be a lot of sculpting for this.

I also went back to fix up the face give a bit more scaring and give her almost like a sad look as well try and reflect the environment around. 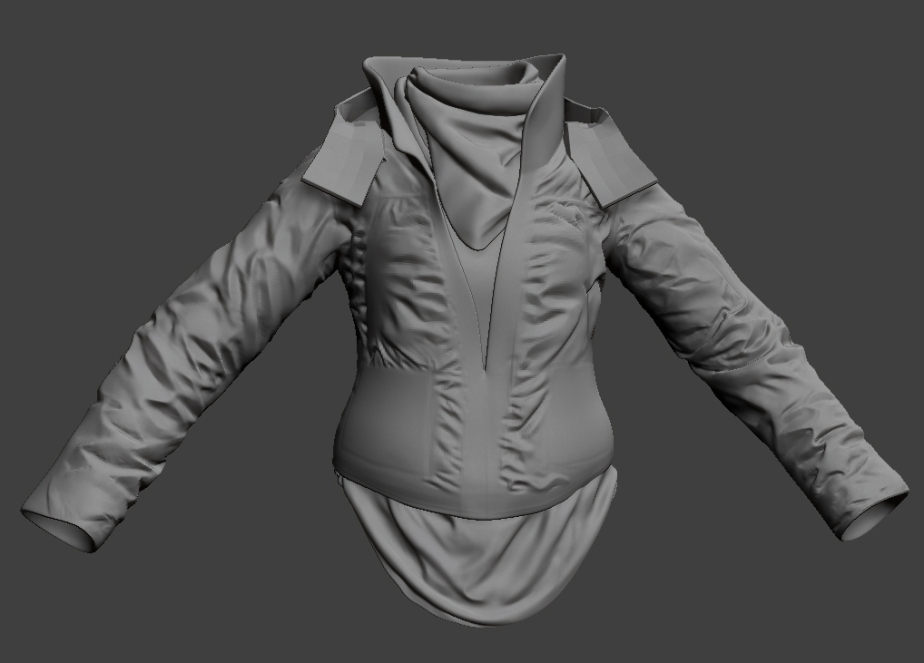 A bit of going back and fourth between different areas to keep my eyes fresh as well as not burn myself out.

Finally was getting somewhere with the jacket so I would move on to different areas. 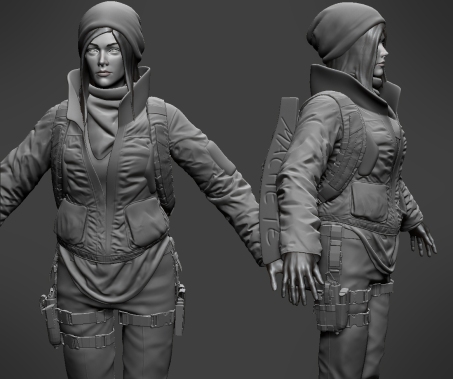 Making some more extra parts as well as sculpting the pants

Went back and gave her a bag as well as made the Pistol in Maya to put in.

For the pistol I use to own a CZ-75 SP-01 Shadow and I liked the CZ-75 so I wanted to make a compact version of it but give it the accessories I like but can’t get in my country. So I ended up going with the P-01 with a threaded barrel and a surefire light.

I wasn’t too sure how detailed I should go but I thought well if I make it decently detailed then it can be used for the first person view as well. 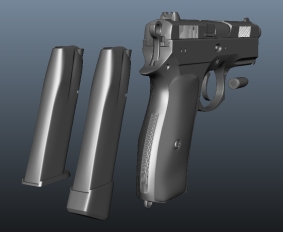 The finished P-01, but still need to add the surefire light 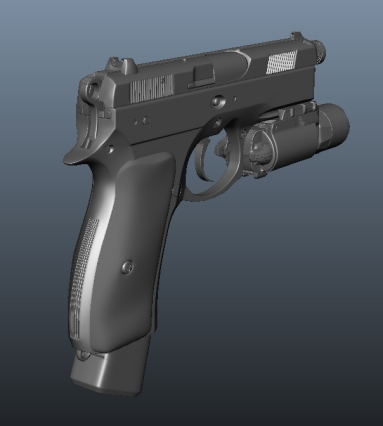 Now it’s completed with the surefire light. Maybe in the future I will add a holosight to it, although I am not too sure how they attach for the P-01 maybe a custom gun smith job to have it placed just in front of the rear sights.